How did it begin? 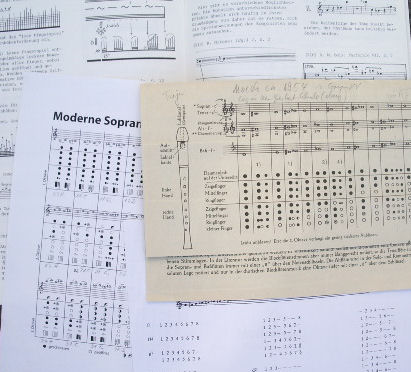 On my private homepage, back in 1999, I had my first chart of recorder fingerings online. It was a simple page, showing the fingerings as a static image. Updates and extensions were difficult and time consuming.

During my job I had to learn many programming languages. I was always fascinated by new languages and by new technologies. In the beginning of 2004 I decided to start learning JavaScript. Just for fun. In my first tests I created a recorder image and experimented with animation. I tried to paint the holes of the recorder black, based on data from a database. This was done by replacing parts of the image. It finally worked very well. In order to test how an image map worked I put a music line underneath the recorder. At the end of my experiment I had my first version of the interactive fingering chart. I put it online.